Sites like CheekyLovers.com have a really stupid name, and a really stupid design. That doesn’t exactly call to arms a lot of ladies to join up, and it doesn’t make guys that are using the site feel all that comfortable with it, either. With this site, we were really bored, and really disappointed to see such a low ratio of women to men. This site is pretty much inactive, as far as we can tell, and it certainly didn’t yield a lot of results. 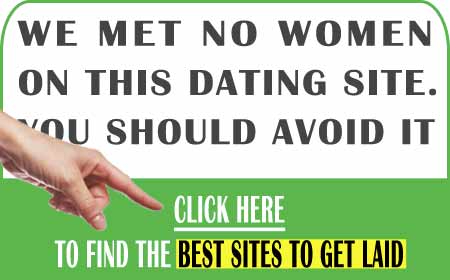 We like to keep an open mind about the sites that we’re using, but this site just ended up being pretty much a flop in terms of solid results. The thing about this site is that it’s just full of old, dead profiles…and not much of anything else. We found ourselves bored more than anything, and constantly incapable of getting women to talk to us. We’re experts at this, so that shouldn’t be the case, but all that ever ended up happening here was a whole lot of quiet downtime, and not much for us to do.

We didn’t enjoy these results at all.

We were really trying to make our CheekyLovers review work, but the more time that we stuck around on CheekyLovers, the less good we were able to find in these results. Mostly, we were just sick and tired of the site after spending time here for four months. We sent out 150 messages, and seeing the results that we received made us realize exactly how right we were about this site from the very start.

From those 150 messages, we didn’t end up with a single response. That’s right–we couldn’t get any of these ladies to talk to us, and if that doesn’t really tell a story, then we don’t know what else would. This site was dead in the water, and trying to get anyone to talk to you here was like pulling teeth more often than not.

We really wanted to have a good time here, but it just wasn’t happening. The profiles that we ran across and the women that we tried to chat with seemed to have moved on awhile ago, and that’s why our time spent here was a total waste. We obviously didn’t have a single conversation, let alone a single lay, and that’s just sad.

It’s important that a dating site tries to have some solid features to entice members into joining and into sticking around, and there’s just not much of anything close to that with this site. Instead of having a lot to do, you’re going to find yourself bored.

They’ve got the basics, sure. That means a search engine, profile formation, and some chat rooms as well as a messaging system, but none of it is well-done, and it’s basically all very, very simple.

We want a bit more than that, and we’d also like for a site to work on advertising to bring in more women. This site just doesn’t even bother, and that’s why it’s never going to be very good, in our opinion. 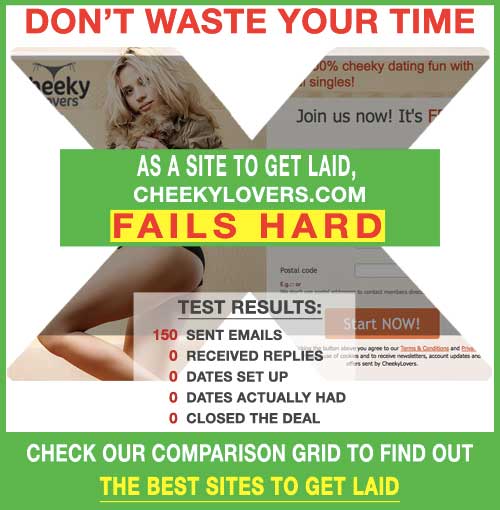 Don’t let CheekyLovers waste your time. For real sites to get laid, check out our top five.

We didn’t have fun on CheekyLovers.com.

It’s hard to ever think of having fun on a site that just plain won’t get us laid, and that’s all that happened with CheekyLovers.com. Spending time on here is just really not worth it, and that’s why we highly recommend that you check out our number one site instead, which is Xpress.com. Using our favorite site should be able to get you some action, so make sure to check it out today.